Must say not been hugely busy on this front. I was invited back to the fight club to do a lot more work; do the foyer and dojo. That was an honour and I enjoyed that one. The work I'd been doing in Oxted dried up, and one day just stopped. So that has ended for me. Probably for the best as in the end I was spending time getting there and back, just to do less than 20 minutes work. 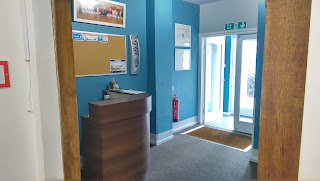 A friend of ours attends sales events and gives displays. Part of this involves setting up a stand to show her wares. The stand was just too low, and nobody could see what was on the bottom shelf. So she asked me to make a stand that could collapse. 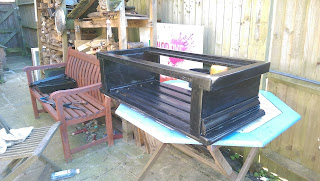 I did continue with the development of a business web page, getting it to work well from what was a bit of a shambles originally. The business owner was more than pleased, sending me texts about how wonderful it all was. Now I enjoyed doing that, and would do it again. However I'd do it on a more formal basis. It's all very well doing things for free, but people seem to expect far more from you than if they were paying. In the end one person gets what they want, whilst the other (me) kind of thinks why?

I've been busy restoring furniture in my shed for our own use. 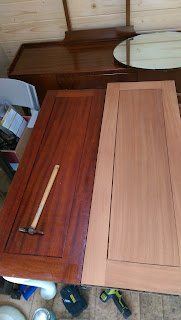 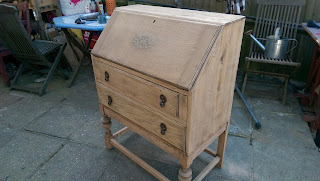 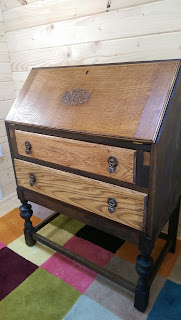 And even managed to paint a metre tall picture... 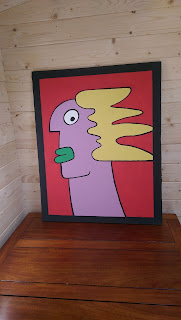