No Sunday ride today - we're off to Chester instead.

February 19, 2014
It's a bit of a schlepp from Reigate is Chester, especially just for the day. Yet Chester it was on Sunday instead of my normal ride out. Not seen my new nephew you see, so it only seemed right. I'll not bore you with family stuff, you don't want that. What's Chester like then? It's OK really, certainly better looking than somewhere like Croydon, and it's fun to walk around for half an hour. Yet somehow each time I go, I can't last more than an hour. When I lived nearby I'd generally bypass it entirely and go somewhere like Manchester or Llandudno. Can't quite put my finger on why. I mean Brugges is equally ancient, yet there I can waste, well, I'd live there that's how much I like that place. The first time I went to Brugges was by accident. We were bumming around Europe for two months' and just wondered into town whilst waiting for a train. The next time we wondered out was a week later, and that kind of happens each time I visit. Chester? An hour tops. Beyond the upper façade of 500 year old buildings there's just no character to the place at street level. It's all Marks and Spencer, Top Man and W H Smiths. It's just slightly boring.

The best thing to do is avoid the modern shops and walk the old wall surrounding the city. It's actually a fun thing to do with the children, who race around it like crazy. From the top of it the city really does look ancient, and you are kept away from the modern tat below. It's quite pleasant to stroll around looking in at ancient building detail. Where else, for instance, do you see immensely old things like this lying in a school playing ground within a city walls?

Our relatives suggested that a good place to eat is Hickory's Smokehouse, one of the current crop of pulled pork joints spreading across the country. Normally these themed restaurants are a bit of a pain, where food comes last on the dining experience. It's not exactly haute cuisine, but does what it says on the tin and was fun in its' honesty. Actually I'm doing it a disservice - we all enjoyed our food, the atmosphere was great, the children were allowed to run riot, and the bill for four adults and three children was a reasonable £67. It's also right on the river, so a great location.

Chester didn't disappoint as we'd not travelled to see the city and had been before. If you've never been it's OK but oddly unmemorable. It seems most people actually ignore the centre and go to the massive retail park a mile or so out. Go figure. The next best place is the Zoo, but being time constrained we didn't go in today. We've been a few times and can say without hesitation that it is worth a visit.

On the way in we spotted an huge Darlek figure up on an hill, so intrigued we stopped off. Turned out to be a remarkable construction by a place called Snugburys to advertise their ice cream. Naturally we had to have some and it was quite special. Inside they have photographs of the summer queues. You'd have to really like ice cream to join one is all I can say, as they were a good 500 people deep. There's no way, no matter how good the product, that I'd even momentarily think of joining such a long line of people just to spend £2.00 on an ice cream cone. 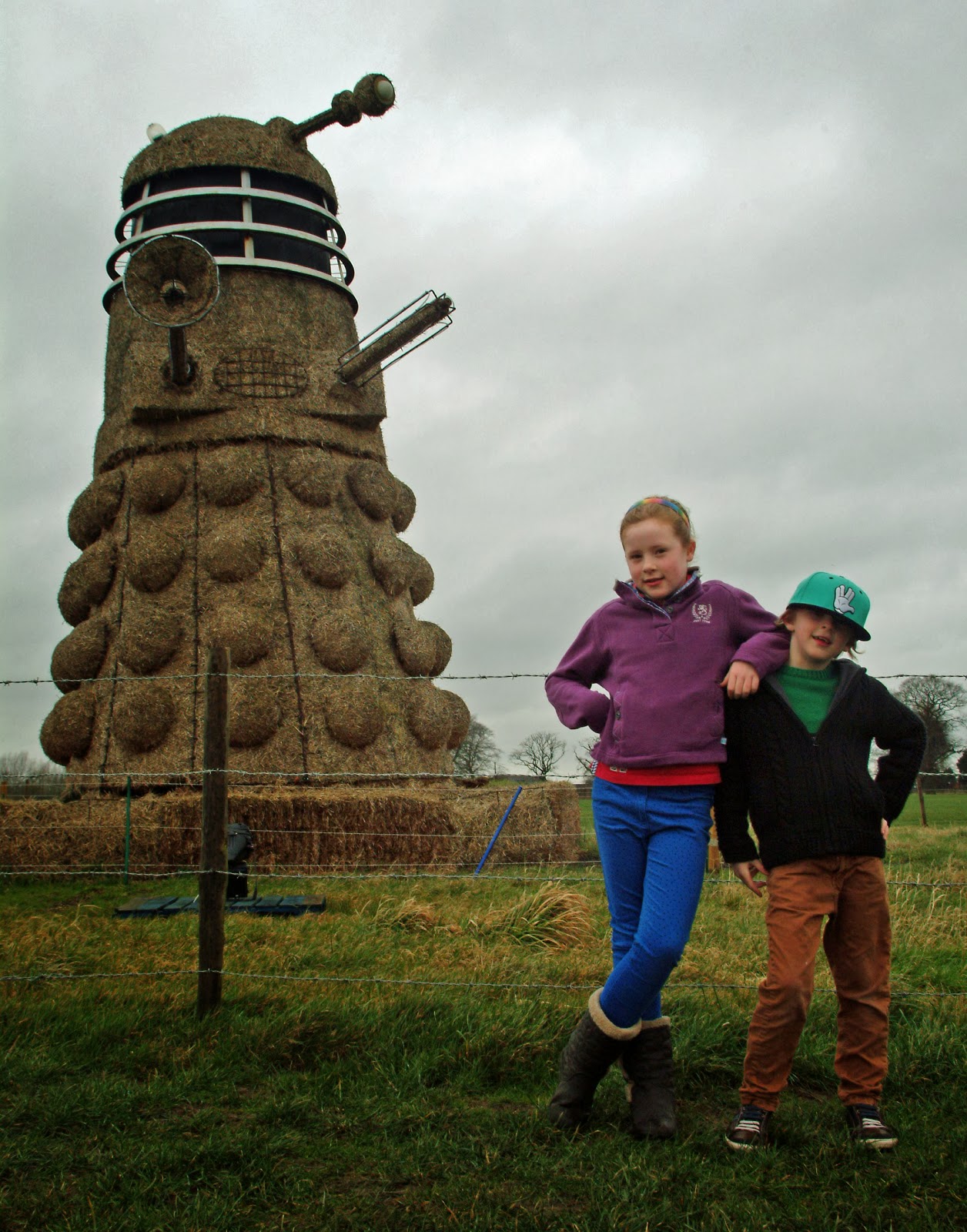 Chester for the day from Surrey? Doable but it'd be better to do over a long weekend or mid-week break. It's worth the trip, especially if you add in a little diversion and continue a little further on in to Wales and spend an additional day or two in Llandudno. On the way back the motorway got a little boring so I took a detour into Cadburys World, something I do once a decade since it opened in 1991. £50 later we were inside stuffing our faces with chocolate for an hour. It's not worth a special trip to see, but as a diversion it's OK and the family story is inspiring. You also get £2 worth of chocolate thrown in as you wonder around. Certainly interesting sitting in traffic on the way in and idly reading the estate agent blurb for the houses for sale. Hmm, three bedroom property for £57,000. Who says you can't afford anything in the UK?