February 07, 2011
I don't sell huge numbers of t-shirts, mainly because I don't advertise them anywhere other than here or www.muddyground.com, so they are pretty exclusive deals. Oddly enough I'm happy with this - I do them entirely for the fun of it, and even though it sounds utterly naff, it's nice to be appreciated via all the positive feedback I get. Indeed now that I've been doing them for two years, I'm starting to get people come back for more. Actually I'd probably be mortified if I had to do this for a job - I'm not by any stretch of the imagination a designer, so coming up with new ideas is hard. Out of interest I've shown below an early concept for the Col d'Leith mountains t-shirt. As you can see, it's come a long way..... 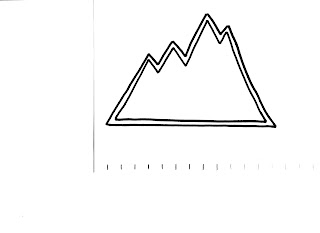 Honestly, this was it. Drawn with a child's felt tip pen on a scrap of paper. I'd already got the bike design from an earlier, failed idea, but figured it would be cool here. The names of the 'mountains' came to me in a flash. Now although I've stated that it takes me ages to get these things up and running, this one took ten minutes from start to finish. I scanned it in and e-mailed it to my printers within fifteen minutes of my original idea, and it was in my hands a month later. It is by far and away my most popular t-shirt.﻿ Sometimes things are just right; no prevarication needed. 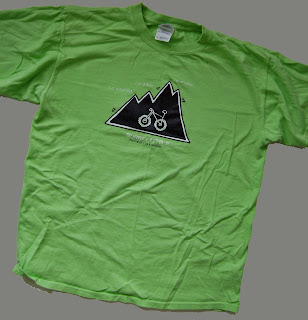 And why, Dear Reader, am I so proud of this one? Well, the first time I wore it was to a show up at Earl's Court. On the London Underground I noticed people kept stopping to give it a second look. You don't get that in London; people are too cool to do that normally. One friend of mine wore his to a bike shop, and was asked if he was a sponsored pro rider. He's not lived that down yet.
Furthermore the basic design has also since appeared on a Bear Grylls clothing line... I doubt it for a second that they copied me, but if they did then that's praise indeed! Although having said this, their design is a bit, well, lame isn't it? Mine has a bit of humour to it - Col d'Box Hill, Col d'Leith or Col d'Colley aren't real place names are they?  I wanted to make refeence to the area being known as "Little Switzerland" and I'd just come back from Belgium and had seen Col d' being used a lot over there. The Grylls alleged copy takes itself too seriously. 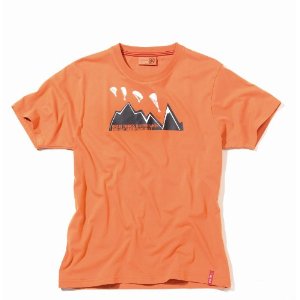