Banstead woods and the massive thistle.

On saturday my boy and I rode over to a scouts meeting in Banstead. (Current Scouts moto: "Even though the Scout leaders are morbidly obese, they can still be role models to the youth of today!") My boy was not happy. Not only are the trails overgrown, in the shade the weather did this to us... 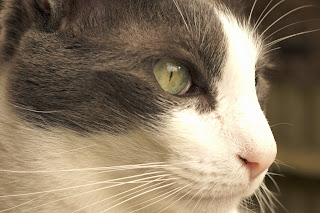 The route over to Banstead is an odd, up and down affair as it cuts across several small valleys. A lot of the bridleways have not been cut back recently, and so it can be hard going - watch for nettles! Whilst taking this image, a Mitchell B-25 bomber flew overhead. That does not happen every day,does it?


My route today took me up Coles Meads, over Greenclump Hill, over to Babylon, through the Smugglers Pit and over to Lambert's Shaw. Where else but the UK do you get such odd official names for places? Oh and I passed Mogador.

A lot of the trails north of Reigate heading towards Sutton are farmland, and this year seem to have been left to the wild flowers. Makes it all very pleasant.


My rides of old used to be characterised and defined by my bike. The ride would be designed to make use of the best characteristics of a particular bike. Since they dicked around with wheel sizes, I lost interest in bikes as bikes. I also lost interest in the guy I was riding with, and so my rides drifted a bit, with no purpose. Riding solo, motivation can slip. Of late I've been taking a camera out. Gradually the ride purpose has morphed into finding a particular photograph; in this instance the fantastical thistle. My bike on any given day is now just a tool to get me to a location. It's better that way, for me.


This is the thistle in question. Must stand 9ft tall in this field of flowers. As you ride down the hill, it looks really odd, like some kind of art installation. 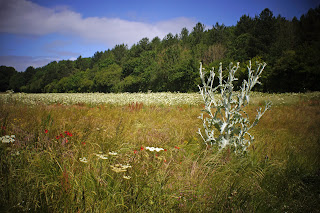 Of course it is not all plain sailing. I spotted the above sign near the A217. Never ridden down there before! Can see why; gate after gate after gate.


Rather oddly people seem engaged in competitive house-building right in Kingswood. Mega-millionaires will buy a £1m house, knock it down and put up a £5m instead. This one is small, perhaps 8 bedrooms. Others are up to 3x the size. They give them odd names, like "Gleneagles" or "Turnberry" even though we are in Surrey. I'm guessing golf is big right now?

The road they are on is a big, private estate, Kingswood Warren. I was having a nose, and found these houses (although they are not hiding!). Rather nicely the road I took terminates at a gulley running downhill. You kind of nip off the road, near an Aston-Martin, and then shoot down the gulley. It's OK - you take your pleasures where you can in Banstead.

I much prefer this one, at the foot of Box Hill. 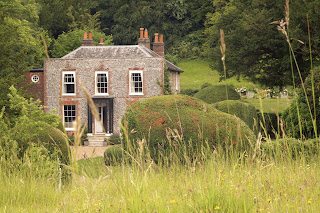 And in London the other day....

Not sure what was going on here at Parliament. 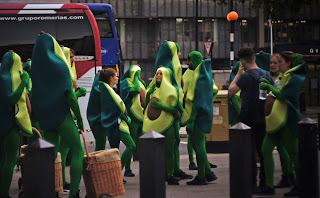